In Flanders fields the poppies blow
Between the crosses, row on row,
That mark our place; and in the sky
The larks, still bravely singing, fly
Scarce heard amid the guns below.

We are the Dead. Short days ago
We lived, felt dawn, saw sunset glow,
Loved and were loved, and now we lie
In Flanders fields.

Take up our quarrel with the foe:
To you from failing hands we throw
The torch; be yours to hold it high.
If ye break faith with us who die
We shall not sleep, though poppies grow
In Flanders fields

The object of this tour is to continue to visit as many ‘Prestwich’ names as I can and also to learn from the experts! Although much of my own research will focus on the major sites of the Menin Gate and Tyne Cot cemetery, I do intend to reach many of the smaller and more remote locations … there’s no better way to do this than by bike!

Every night at 8.00pm (20:00 hours) a moving ceremony takes place under the Menin Gate in Ieper (Ypres). The Last Post Ceremony has become part of the daily life there and the local people are proud of this simple but moving tribute to the courage and self-sacrifice of those who fell in defence of their town. 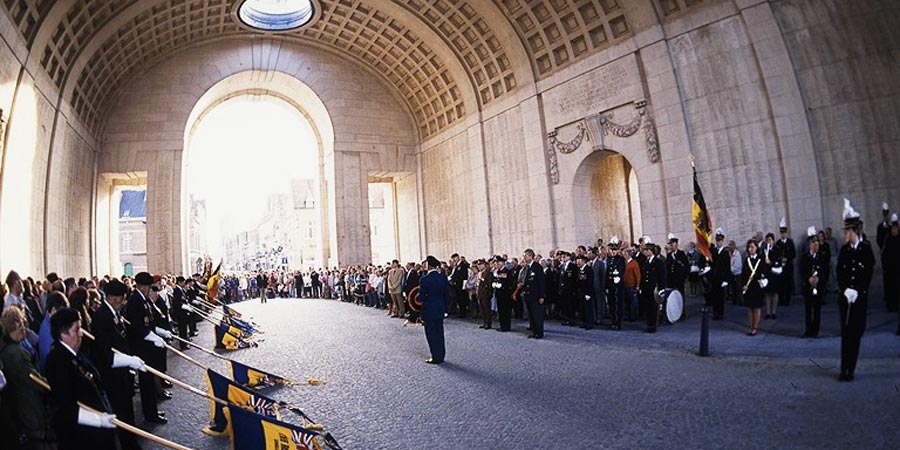 The cemetery grounds were assigned to the UK in perpetuity by King Albert I in recognition of the sacrifices made by the British Empire in defence and liberation of Belgium during the war. It is the largest cemetery for Commonwealth forces in the world, for any war. It is located outside the village of Passendale (as in the Battle of Passchendaele!).The name “Tyne Cot” is said to come from the Northumberland Fusiliers seeing a resemblance between German concrete pill boxes, which still stand in the middle of the cemetery, and typical Tyneside workers’ cottages!

As the list below suggests, there are a lot of other Prestwich names in the Ypres area. It will be impossible for me to get through them all on this occasion, without detracting from the tour … I will be back in future to fill in the gaps! 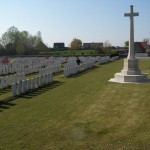 Hubert HAND – born in Liverpool and enlisted in Manchester

Inspiration for “In Flanders Fields”

During the early days of the Second Battle of Ypres a young Canadian artillery officer, Lieutenant Alexis Helmer, was killed on 2nd May, 1915 in the gun positions near Ypres. An exploding German artillery shell landed near him. He was serving in the same Canadian artillery unit as a friend of his, the Canadian military doctor and artillery commander Major John McCrae.

As the brigade doctor, John McCrae was asked to conduct the burial service for Alexis because the chaplain had been called away somewhere else on duty that evening. It is believed that later that evening, after the burial, John began the draft for his now famous poem “In Flanders Fields”.

* Not visited / photographed (I intend to return to Ypres to complete)