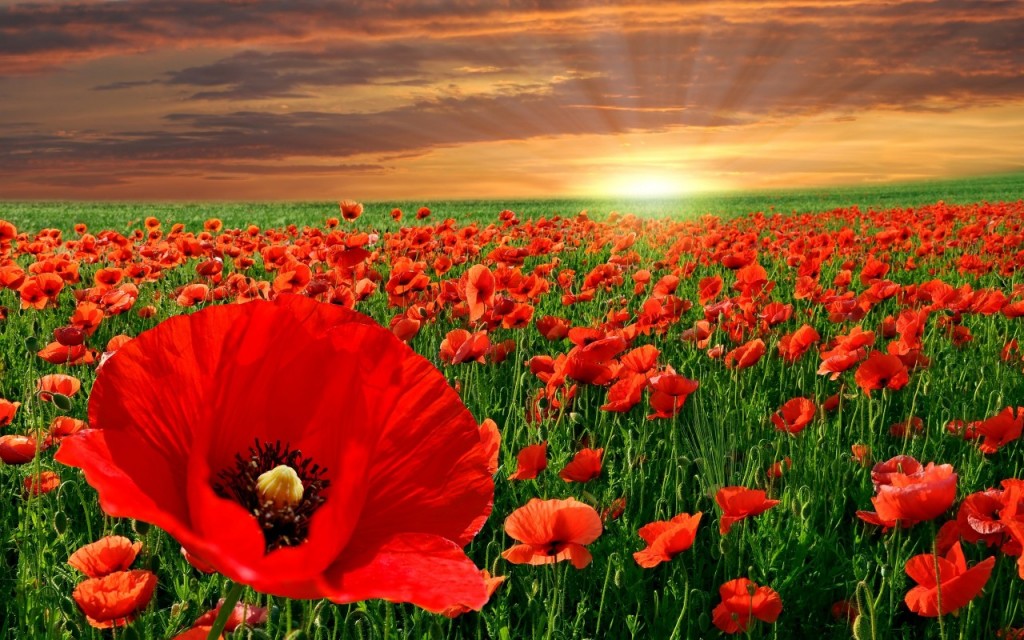 My story begins in 1998, when I visited the Thiepval War Memorial in Northern France. It bears the names of over 72,000 men of Britain and The Commonwealth who were killed during the Battle of the Somme and have no known grave.

On my return home, I struck upon an idea … to visit the graves and memorials of the Great War fallen (of ALL nationalities), on behalf of families who were unable to make the journey themselves. Although I have not made it back every year, I have still managed to yield quite a few results. Several years ago, on one such visit, I was shown the most incredible hospitality by the people of Ypres (Ieper) in Belgium, when they found out what I was up to! … a memory that I shall cherish forever. 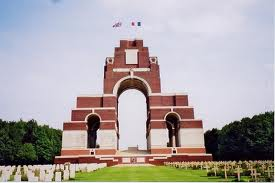 e individual families), I would like to tell you about one Private Thomas Smethurst.

Private Smethurst was just an ordinary soldier who, like so so many others, made the ultimate sacrifice for King & Country. He was “killed in action” on 23rd July 1916, serving in the Loyal North Lancs Regiment. He has no grave but is remembered “in perpetuity” at the aforementioned Thiepval.

On a recent ‘pilgrimage’ in March 2012, I was fortunate enough to once again join an organised coach trip. Usually, when I undertake a tour, my preferred mode of transport is bicycle … it allows you to reach a large area, whilst absorbing the very unique battle-site ambience. The obvious advantage to coach travel is to cover far greater distances, marvellously exemplified on this occasion … as well as touring the conventional British targets of The Somme and Flanders Fields, we were able also to take in Verdun (“the mincing machine”) … although hugely significant, it was a Franco-German battle and not an obvious destination for ‘Brits’ touring the Western Front. 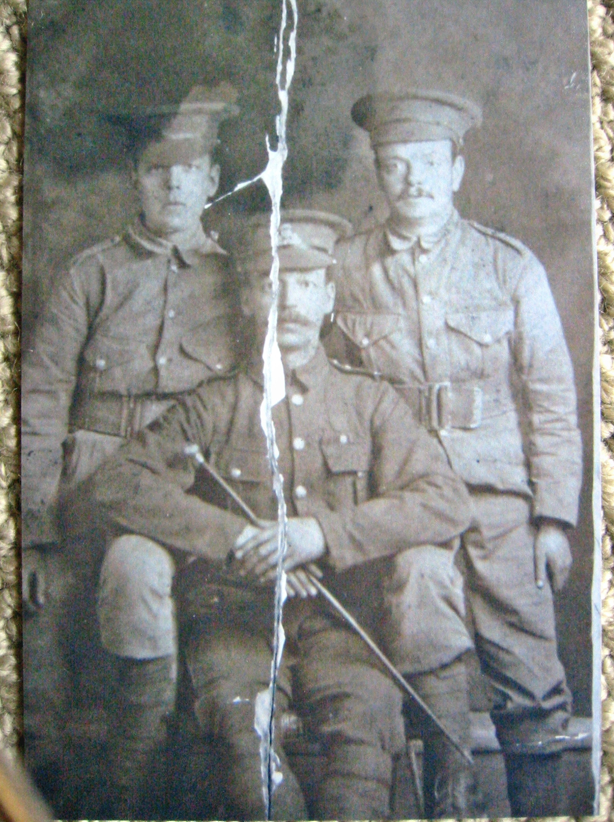 To return to Private Smethurst … ever since I saw his name in stone, I wanted to know more. Well, after a lot of painful research, I reckon that I have managed to trace the last horrific days of his life. One of the problems that has faced me is fully understanding the information (namely the war diaries) that has been available to me. Thanks to our guide in 2012, Peter Williams (the Welsh Genius!), whose advice has been invaluable in helping me to decipher trench maps and in pointing me in the right direction.

SO WHAT CAME NEXT? … WITHOUT QUESTION MY GREATEST ADVENTURE TO DATE …

The Battle of the Somme was one of the bloodiest battles in human history and had a profound social impact on Britain (the use of the ‘Pals’ battalions). Although a very different place 100 years on!, this is where I returned to … but this time to WALK the 18 mile British front line – REFER TO THE MAP BELOW – from Gommecourt to the banks of the Somme. The area of particular relevance to me was in the centre of the map, between the brown number “19” (indicating the 19th Army Division) and a place called High Wood. I based myself in the IDEAL town of Albert, from where I could very easily achieve the distance and visit as many cemeteries en-route as possible in the four days that I had allocated.

My great friend Richard Ashton (our “President in Exile”!!!) helped me look at this tour from a new angle and to realise its full potential. He had some incredible ideas of his own, allowing me to take things to a completely different level.

Richard is keen for me to emphasise that I freely walked over 70 miles during my tour … in the 142 days of the battle, the British Army reached no more than a mere 8 miles!

I wanted to use the occasion to utilise my time to maximum effect, by visiting as many SPECIFIC graves and memorials as I can … so, who were my targets?

I was hugely impressed with our Prime Minister’s announcement, in 2013, of a £50 million fund to help commemorate the approaching centenary. What really caught my imagination was the idea of doing something on a local community level. Within minutes I had searched the internet and found that I was once again inspired by yet another author’s amazing work! … David Galloway’s excellent book; “In Splendid Manner … The Prestwich Roll of Honour”. So, the lads of my home town of Prestwich became the focus of this project. I was astounded to discover that they fought (and died) over a vast area of the continent (and beyond). Most graves and memorials are concentrated around northern France and Belgium, with a large representation at Thiepval, Menin and in Tyne Cot, as you would expect. However, there are also graves in Italy, Bulgaria, Iraq, Greece and even Kenya!!!

Make no mistake about it, I could not have done this without the aid of David’s PAINSTAKING research … to whom I am extremely grateful. He lists some 269 names, 47 of which are covered on my walk … this time I do publish their names. I have also included their (Prestwich) addresses, in the hope that it will connect with someone reading them.

David’s book is available to purchase in Prestwich Library, Bury Library, The Lancashire Fusilier Museum (Bury). For further information, contact him on: galloway794@btinternet.com

To find out how I got on, read the following page … “The Somme, My Story”

I have now bought the ‘Ancestry’ and ‘Forces’ site packages. I would only be too willing to trace any MILITARY records on your behalf, but be warned … a lot of WWI information (Attestations) has been destroyed and data for WWII has not yet been released. I was fortunate to have Thomas’ in tact, what INCREDIBLE AND POWERFUL details it has uncovered.

Private Thomas Smethurst was my Great Grandfather … this is to honour him and his comrades.

I asked Reverend Bryan to select a prayer for me, he chose (and slightly adapted) one by Frank Colqhoun. I found a quiet spot on the Somme (I did have somewhere specific in mind) to pay tribute to all of the men and boys who never returned home:

endured the pain, loneliness and darkness of his cross, grant that this cross laid here,

in memory of, and in prayer for and with, the fallen,

may be a sign of faith that amidst life’s shadows

that we are never forsaken,

and that we are ever walking

in the light of your countenance,

through the same Jesus Christ our Lord.

So what are my future plans? The answer to this is very simple; I have laid down a very solid foundation for me to continue to ‘tick-off’ as many Prestwich names as I can in the future. This gives any continental trip that I embark on a real sense of purpose and an incredible feeling that I am utilising my time to maximum effect.

There is something that has really caught my eye … Leger Holidays have come up with a brand new tour for 2015; cycling in Flanders. Of course, I could (and have) produced something on my own, but having an expert guide and the travel and accommodation (I know the hotel in Ypres!) side laid on for me, seemed too good an opportunity to miss . It will allow me concentrate on targeting key sites relevant to this project. Oh yes, guess who the leader is … Peter Williams!

This is Leger’s itinerary:

So 2016 seems an awful long way off!, my hope though is to embark on another Grand Tour then(?). Perhaps I can use the opportunity to explore some of the more remote battle sites.

The truly magnificent Trenchfoot Tours are talking about a trip to Istanbul, to target the hugely significant site of Gallipoli (maybe this will prove too hot for my blood!).

There are plenty of local graves to visit (at St.Mary’s and St.Margaret’s). Richard and I have promised to set aside a sunny afternoon to visit them.

This site uses Akismet to reduce spam. Learn how your comment data is processed.